The Predynastic Period in Ancient Egypt is the time before recorded history from the Paleolithic to the Neolithic Age and on to the rise of the First Dynasty and is generally recognized as spanning the era from c. 6000-3150 BCE (though physical evidence argues for a longer history). While there are no written records from this period, archaeological excavations throughout Egypt have uncovered artifacts which tell their own story of the development of culture in the Nile River Valley. The periods of the Predynastic Period are named for the regions/ancient city sites in which these artifacts were found and do not reflect the names of the cultures who actually lived in those areas. 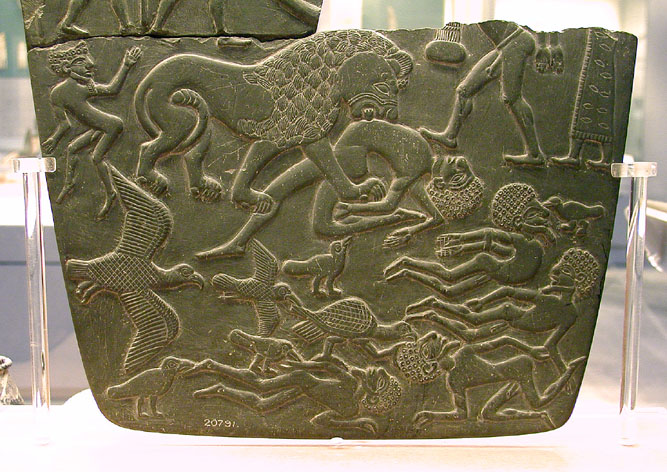 The earliest evidence of human habitation in the region is thought by some to go back as far as 700,000 years. The oldest evidence of structures discovered thus far were found in the region of Wadi Halfa, ancient Nubia, in modern-day Sudan. These communities were built by a hunter-gatherer society who constructed mobile homes of flat sandstone floors most likely covered by animal skins or brush and perhaps held up by wooden stakes. The actual structures vanished centuries ago, of course, but man-made depressions in the earth, with stone floors, remained. These depressions were discovered by the Polish archaeologist Waldemar Chmielewski (1929-2004 CE) in the 1980's CE and were designated 'tent rings' in that they provided an area to set up a shelter which could easily be taken down and moved, similar to what one would find at a modern camp site. These rings are dated to the Late Paleolithic Age of approximately the 40th millenium BCE.

Hunter-Gatherer societies continued in the region throughout the periods now designated as those of the Arterian and Khormusan during which stone tools were manufactured with greater skill. The Halfan Culture then flourished c. 30,000 BCE in the region between Egypt and Nubia which gave way to the Qadan and Sebilian Cultures (c. 10,000 BCE) and the Harifan Culture from around the same time. All of these societies are characterized as hunter-gatherers who eventually became more sedentary and settled into more permanent communities centered around agriculture. Brewer writes:

One of the most intriguing mysteries of prehistoric Egypt is the transition from Paleolithic to Neolithic life, represented by the transformation from hunting and gathering to sedentary farming. We know very little about how and why this change occurred. Perhaps nowhere is this cultural transition more accessible than in the Fayyum depression (58).

Development of Culture in Lower Egypt

The people of Faiyum A built reed huts with underground cellars for storage of grains. Cattle, sheep, and goats were domesticated and baskets and pottery making developed. Centralized forms of tribal government began at this period with tribal chieftains assuming positions of power which may have been passed on to the next generation in a family or tribal unit. Communities grew from small tribes which traveled together to extended groups of different tribes living in one area continuously.

All of these cultures grew and flourished in the region known as Lower Egypt (northern Egypt, closest to the Mediterranean Sea) while civilization in Upper Egypt developed later. The Badarian culture (c. 4500-4000 BCE) seems to have been an outgrowth of the Tasian, though this is disputed. Scholars who support the link between the two point to similarities in ceramics and other evidence such as tool-making while those who dismiss the claim argue that the Badarian was much more advanced and developed independently.

Houses were made of sun-baked brick and the more expensive featured courtyards (an addition which would become commonplace in Egyptian homes later). Graves became more ornate with wood used in the graves of the more affluent and niches carved in the sides for votive offerings. The city of Abydos, north of Naqada, became an important burial site and large tombs (one with twelve rooms) were constructed which grew into a necropolis (a city of the dead). These tombs were originally built using mud bricks but, later (during the Third Dynasty) were constructed of large, carefully hewn, limestone; eventually the site would become the burial place for the kings of Egypt.

HEIROGLYPHIC SCRIPT DEVELOPED AT SOME POINT BETWEEN C. 3400-3200 BCE.

Even at this time, however, evidence suggests that people from around the country had their dead buried at Abydos and sent grave goods to honor their memory. The cities of Xois and Hierakonpolis were already considered old by this time and those of Thinis, Naqada, and Nekhen were developing quickly. Heiroglyphic script, developed at some point between c. 3400-3200 BCE, was used for keeping records but no complete sentences from this period have been found. The earliest Egyptian writing discovered thus far comes from Abydos at this time and was found on ceramics, clay seal impressions, and bone and ivory pieces. Evidence of complete sentences does not appear in Egypt until the reign of the king Peribsen in the Second Dynasty (c. 2890-c.2670 BCE). 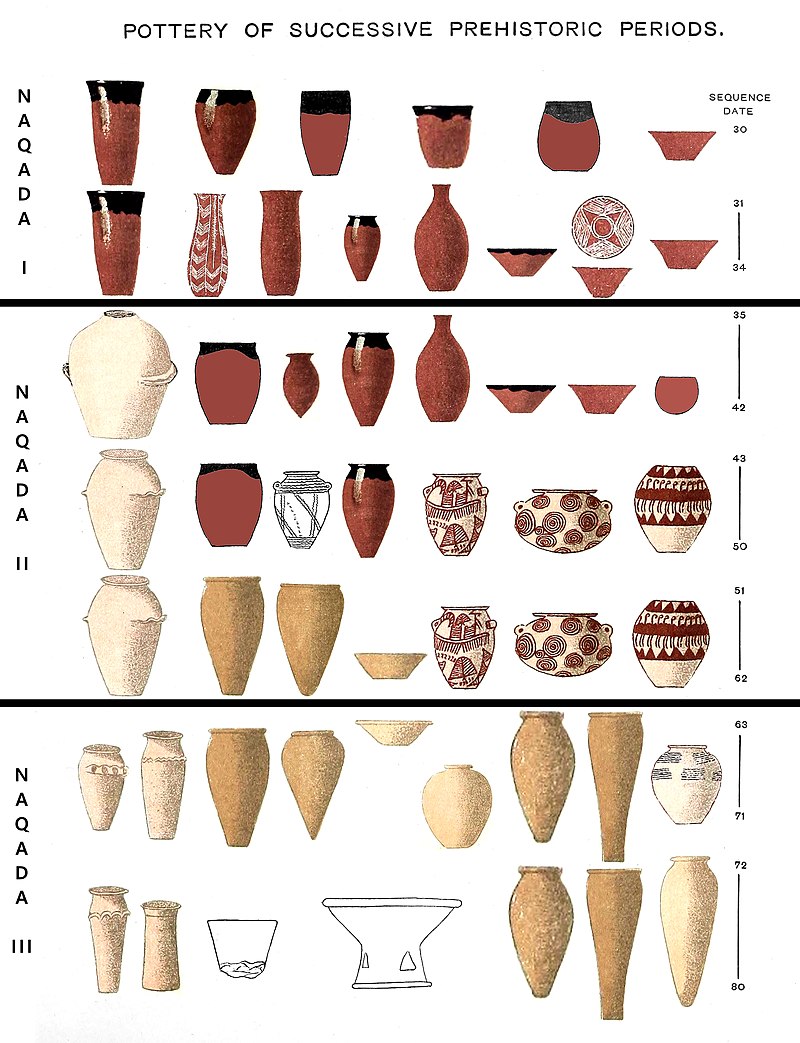 Naqada III & The Beginning of History

The Naqada III Period shows significant influence of the culture of Mesopotamia whose cities were in contact with the region through trade. The method of baking brick and building, as well as artifacts such as cylinder seals, symbolism on tomb walls, and designs on ceramics, and possibly even the basic form of ancient Egyptian religion can be traced back to Mesopotamian influence. Trade brought new ideas and values to Egypt along with the goods of the traders and an interesting blend of Nubian, Mesopotamian, and Egyptian cultures was most likely the result (although this theory is routinely challenged by scholars of each respective culture). Monumental tombs at Abydos and the city of Hierakonpolis both show signs of Mesopotamian influence. Trade with Canaan resulted in Egyptian colonies sprouting up in what is now southern Israel and Canaanite influences can be determined through the ceramics of this period. Communities grew and flourished with trade and the populations of both Lower and Upper Egypt grew.

ACCORDING TO SOME SCHOLARS, THE LAST THREE KINGS OF THE PROTODYNASTIC PERIOD WERE SCORPION I, SCORPION II, AND KA.